Bridging the Gap Between Theory and Practice

Introduced to the petroleum engineering community in 2002, the Unified Fracture Design theory developed by the founder of EPT International Dr. Michael J. Economides and Dr. Peter Valko, of Texas A&M University was published as a text book with additional input from Ronald E. Oligney, founder and CEO of Zero Emission Energy Plants Ltd. (ZEEP Ltd.) for the purpose of establishing a unified design methodology for hydraulic fracture treatments.

The key idea is that treatment sizes can be unified because they can be best characterized by the dimensionless Proppant Number. This dimensionless number determines the theoretically optimum fracture dimensions at which the maximum productivity or injectivity index can be obtained. Technical constraints should be satisfied in such a way that the design departs from the theoretical optimum only to the necessary extent. With this approach, difficult topics such as high- versus low-permeability fracturing, extensive height growth, non-Darcy flow, and prop pant embedment are treated in a transparent and unified way, providing the engineer with a logical and coherent design procedure.

In Unified Fracture Design, a very simple and straightforward performance indicator is considered: the pseudo-steady state productivity index. The improvement in this variable describes the actual effect of the propped fracture on well performance. 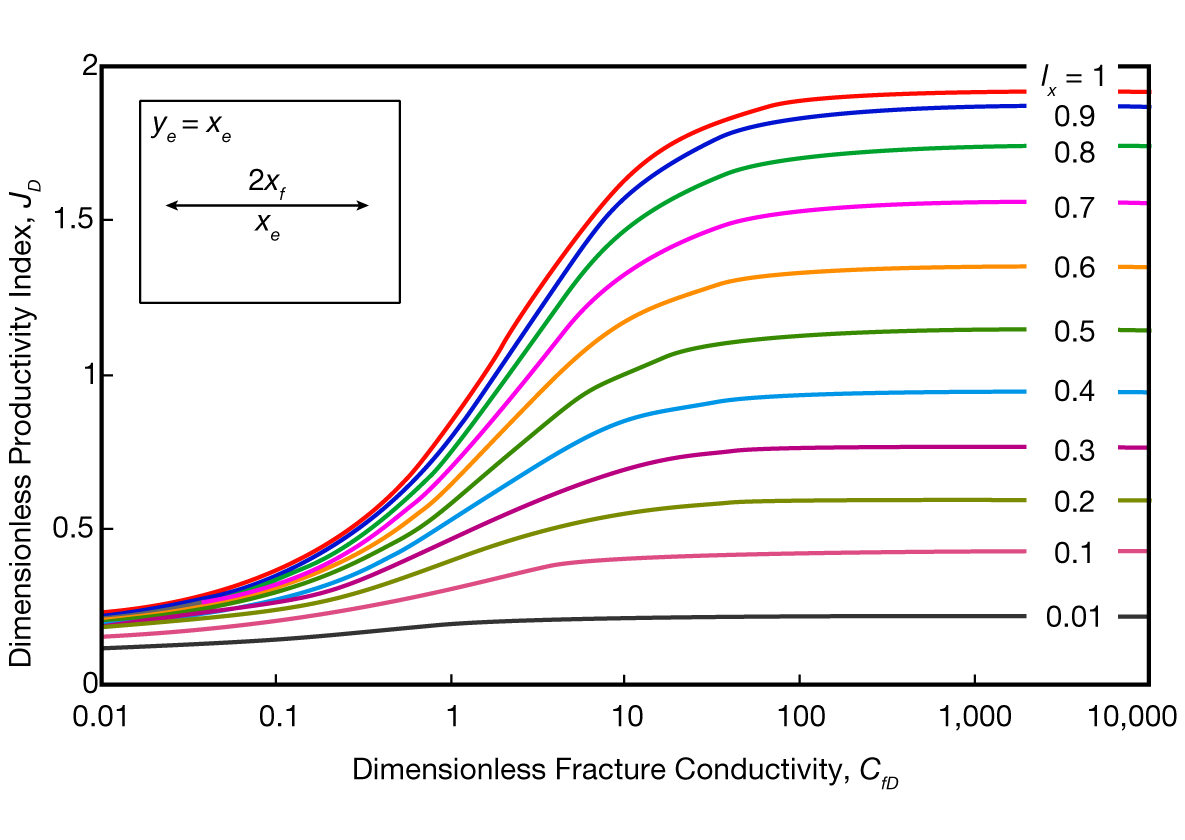 For a fixed volume of prop pant placed in the formation, a well will deliver the maximum production or injection rate when the dimensionless fracture conductivity is precisely, 1.6 as shown by Economides, Valko and Oligney in their seminal work “Unified Fracture Design: Bridging the gap between theory and practice”.

The UFD approach provides a rapid analytical method for achieving the optimal fracture geometry. Designed for any combination of reservoir description and proppant volume and will result in physically optimized reservoir and well production. Coupled with design procedures to produce a pumping schedule capable of delivering the required geometry, this unified technique will equip a production engineer with a practical, optimal solution.